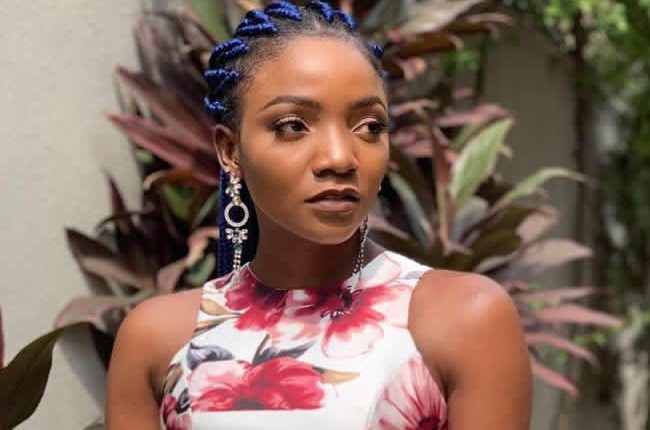 Boomplay, which is one of Nigeria’s leading music streaming platforms made the announcement across their social media platforms on Saturday to celebrate the monumental achievement.

Tosin Sorinola, Boomplay’s Director of Artiste and Media Relations said, “Boomplay is dedicated to amplifying voices and ensuring inclusion and representation in music.

“As an organisation, we will continue to recognise and celebrate the strides made by female artists globally.”

This has made Simi to join the list of Nigerian artists such as Davido, Wizkid, Burna Boy, Fireboy DML, Omah Lay, and Joeboy who had previously gained 100 million streams on Boomplay.

The 34 year-old Ojuelegba born singer and actress broke into the mainstream with her single ‘Tiff’ in 2014 and had established herself as a super talented songwriter and singer.

After the hit, the last of four children, whose parents separated when she was only nine year-old and grew up as a tomboy never looked back.

Her 2017 eponymous album ‘Simisola’ won the ‘Album of the Year’ at the Headies.

Also, her rich understanding of music had seen her serve as a judge in the 7th season of Nigerian idol, 2022.

This achievement held significant value for not only Simi but also for other female artists, whose talent had created a spine for the female side of Nigeria’s fast-growing music industry.

Harrysong, a regular hitmaker for Alterplate Records, wraps up the year with a sharp new tune called “Meta.” This new single by Harrysong is much more forceful...

Lil Kesh is back with a whole new song titled “Vanilla Bottega,” and this time he has Joeboy on board to help him out. Keshinro Ololade is...